Like this article? Join our newsletter for the future articles

The COVID-19 pandemic caused significant challenges for many companies around the world. With high inflation rates on everyday expenses such as groceries and gas combined with the large number of businesses that closed as a result of the pandemic, it isn’t surprising that many business leaders fear a possible recession with wage gains trailing inflation in the post-pandemic economy.

There’s no question that the economy is facing some serious challenges right now. Interest rates are rising, businesses are struggling, and consumer spending is low. However, it’s still too early to say for sure whether or not we’re in a recession or just a short-term economic decline.

Typically, you would expect to see more unemployment during a recession. As a result, some economists are hesitant to say that we are currently in a recession. Before panicking, learn more about what a recession is and how you can prepare your finances for the worst.

What is a Recession?

A recession is a significant decline in economic activity that spreads across the economy. It is typically defined as a period of two consecutive quarters of declining gross domestic product (GDP) or as a more broad-based downturn in economic activity. Indicators of a recession include a rise in the unemployment rate, weakening consumer demand, a decrease in housing starts and sales, and a decrease in manufacturing activity.

The National Bureau of Economic Research (NBER) is the official body that declares when a recession has started and ended. It does this by looking at a variety of economic indicators such as unemployment, GDP, and manufacturing activity. It is widely expected that the next recession will be declared in late 2022 or early 2023.

Common Causes of a Recession

A recession is a significant decline in economic activity spread across the economy, lasting more than a few months. It is visible in real GDP, real income, employment, industrial production, and wholesale-retail sales. Economists generally agree that there are three main causes of recessions:

Pandemics can signal a recession. The 1918 flu pandemic coincided with a sharp economic downturn in the United States (the “Spanish Flu” recession).

Downturns in the business cycle can lead to recessions. A recession is typically preceded by a period of declining economic activity (a “downturn”), as businesses invest less and consumers spend less.

Financial crises can cause recessions. A financial crisis is a sudden and severe disrupting event that can lead to a recession (as happened in 2007-2009).

What Happens During a Recession?

A recession is when the economy slows down for at least six months. This can be caused by many things, such as inflation or a downturn in the housing market. Every recession has different effects, but usually, there is an increase in layoffs and unemployment. The federal reserve may try to help by lowering borrowing costs, but this can also make it harder for people to borrow money and affects borrowing costs.

If the economy weakens further and enters a recession, then we can expect more layoffs. However, if the economy improves, then companies may start hiring again, and the unemployment rate will start to fall. The direction of the economy is mainly determined by the actions of the Federal Reserve.

During a recession, the Fed will lower interest rates in order to stimulate economic activity. This often leads to an improvement in the economy and a decline in unemployment. However, the Fed’s rate hikes were meant to stave off inflation. As a result, we’re currently in a period of economic uncertainty, so it’s difficult to say which way the economy will go.

There are several warning signs that a recession may be on the horizon. These include an inverted yield curve, rising unemployment, and declining business activity. If these indicators are present, it’s important to take steps to protect your finances and prepare for a possible economic downturn.

While it’s impossible to predict exactly when a recession will occur, many economists believe that one could happen as early as 2022. This is due to several factors, including the end of the Fed’s quantitative easing program and the expiration of tax cuts.

If you’re concerned about a potential recession, it’s important to take steps now to prepare your finances.

How to Prepare for a Recession

The best way to prepare for a recession depends on your individual circumstances. However, some economists recommend saving money, paying down debt, and building up an emergency fund as good ways to weather a recession.

Others suggest investing in stocks and real estate, as these can offer protection against inflation. Ultimately, it is important to have a plan and be prepared for a potential recession so that you can weather any financial challenges that may come your way.

If you need some ideas on how to prepare for the worst financially, here are some strategies to consider:

An emergency fund is a savings account that you use to cover unexpected expenses, like a job loss or a medical emergency. It’s important to build your emergency fund so that you’re prepared for a recession or any other event that could threaten your job security.

Ideally, you should cover at least three to six months of living expenses with your emergency fund. This will help you cover your bills if you lose your job or have another financial emergency.

Start by saving at least $1,000 in your emergency fund. Then, work on building up to three to six months of living expenses. If you can do this, you’ll be in good shape financially no matter what happens.

If you lose your job, you may not be able to pay all of your expenses using unemployment benefits.

It is important to create a budget and stick to it. A budget can be helpful during a recession because it enables you to track your spending and save money during a time when there might be less of it.

Diversifying your investments is one of the best ways to prepare for a recession. By investing in a variety of assets, you can protect yourself from losses if one market crashes. This strategy can also help you make money during a recession, as some investments will perform well even when the economy is struggling. One of the reasons we built Pickilo is to help investors understand and analyze their investment diversification. Pickilo does this by automatically tracking your investment accounts and provides insights on how to improve your asset allocation. Try it out for free here and see how diversified you currently are.

Switch to a Recession-Proof Job

Whatever the case may be, finding a recession-proof job can give you some peace of mind during times of economic uncertainty and during a strong labor market.

It is important to note that no job is completely recession-proof. Even jobs that are essential to society can be affected by recessions.

Another way to create multiple streams of income is to start your own business. If you have a unique skill or talent, you can use it to freelance or consult for other businesses. By diversifying your income sources, you will be better prepared for a recession and more likely to weather the storm financially.

Well, are we in a recession? While it’s impossible to predict the exact time of a recession, it’s important to be prepared regardless. If you’re concerned about a potential recession, there are things you can do now to prepare for your financial situation.

By developing an emergency fund, creating a household budget, and diversifying your investments, you can take steps toward financial stability during any economic downturn. 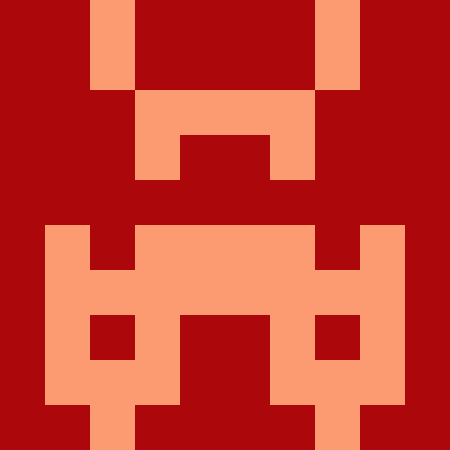 Like this article? Join our newsletter for the future articles A lot of investors are curious if the midterms will affect the […]

Are We in a Recession?

Are we in a recession? This is a great question. The answer, like some relationships, is a tad complicated.  In short, the […]

Stock Market Outlook 2022: The Ultimate Guide for Your Portfolio

Like this article? Join our newsletter for the future articles It’s been a pretty rocky year for the global economy, and that’s […]